This blog provides general family law and divorce law information. If you have a specific issue or case you need assistance with please contact me directly to discuss my representation as your attorney or assistance as mediator. 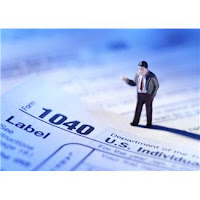 The post discusses how the Indiana Child Support Guidelines deal with which parent gets the right to claim children as dependents and receive the corresponding exemption, as well as  other tax credits and deductions.  There were changes to the law effective July 1, 2011.

Keep in mind that the parents can agree how to share the right(s) to claim.  Before we get to the discussion, there are some important tax forms and publications for parents of children to consider.

Tax Exemptions. Development of these Guidelines did not take into consideration the awarding of the income tax exemption. Instead, it is recommended that each case be reviewed on an individual basis and that a decision be made in the context of each case. Judges and practitioners should be aware that under current law the court cannot award an exemption to a parent, but the court may order a parent to release or sign over the exemption for one or more of the children to the other parent pursuant to Internal Revenue Code § 152(e). To effect this release, the parent releasing the exemption must sign and deliver to the other parent I.R.S. Form 8332, Release of Claim to Exemption for Child of Divorced or Separated Parents. The parent claiming the exemption must then file this form with his or her tax return. The release may be made, pursuant to the Internal Revenue Code, annually, for a specified number of years or permanently. Judges may wish to consider ordering the release to be executed on an annual basis, contingent upon support being current at the end of the calendar year for which the exemption is ordered as an additional incentive to keep support payments current. It may also be helpful to specify a date by which the release is to be delivered to the other parent each year. Shifting the exemption for minor children does not alter the filing status of either parent.


These concepts previously existed in statutes and Indiana case law, but they were difficult to reconcile, thus, typically the custom was to have the parents alternate the right(s) to claim where there were a odd number of children, or split the right(s) where there were an even number. Now, the Guidelines suggest that judge should consider how shifting the right will make the most money available for the child(ren). There are disputes regarding this. For example, at some income levels the value of the right to claim "phases-out" so the right to claim is not worth as much to that parent. Also, there are other tax deductions and/or credits that follow the the parent who has the right to claim. Consider having an accountant or other tax professional testify regarding the overall tax effect if the amounts are significant.

The review or transmission of information at this site is not legal advice and does not establish an attorney-client relationship. All data and information provided on this site is for informational purposes only. I make no representations as to accuracy, completeness, currentness, suitability, or validity of any information on this site and will not be liable for any errors, omissions, or delays in this information or any losses, injuries, or damages arising from its display or use. Should you be seeking legal advice, I recommend you retain an attorney. If you would like to contact me, please email me at [email protected], or call 317-844-4693